Alycia needs an affordable home with monthly payments that don’t change, in a family friendly neighborhood to feel more secure and stable about her future. She has a 1-year-old daughter and feels her current environment does not provide the stability she needs. Alycia lives in East Nashville and says the older unsupervised children can cause trouble occasionally, and that it is very noisy. Also, she is worried about Nashville’s rising rental market.

The native Nashvillian says her family support is in Nashville and she wants to stay in her growing hometown, but it is getting very expensive. A friend told her about Habitat for Humanity’s homeownership program and she loved the idea of having a hands-on experience building her own home. She is taking Habitat’s homeownership classes where she is learning to budget for a mortgage, maintain her home, and be a good neighbor. She says becoming a homeowner makes her feel, “like I am capable of achieving anything.”

Alycia has worked for NaviHealth as a support operations coordinator since 2016. She graduated from Nossi College of Art in 2008. She loves to bake and make homemade goods which she is thrilled to do in her own kitchen soon. To her sponsors she says with a smile, “Being a homeowner will make me feel more like an actual adult. Thank you for making these opportunities possible.”

To be an official sponsor of the Music Row Build, contact Lauren Payne at llanepayne@habitatnashville.org. 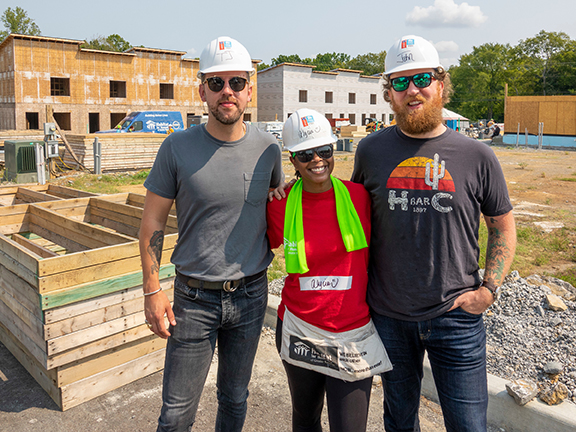 Music Row Build Ambassadors! TJ and John Osborne of the Grammy-nominated band Brothers Osborne have signed on to be the 2021 Ambassadors for Habitat for Humanity of Greater Nashville’s Music Row Build scheduled Oct. 2 and 3. To show their support for Habitat for Humanity and affordable homeownership opportunities in Nashville, TJ and John will be out on the build site prior to the Music Row Build swinging hammers and helping build volunteers construct Habitat’s first townhome community, Sherwood Commons, home to 26 future Habitat homeowners.

“With climbing housing prices, many Nashvillians are priced out of the real estate market. Nashville is home to many creative and diverse communities, and we need to make sure everyone who calls Nashville home, has a home,” says TJ.

“We are excited to help with the Music Row Build this year,” says John. “We were privileged enough to grow up in a stable home in Deale Maryland, where we would have jam sessions with family and friends. We recognize the importance of this and want to do our part to lend a hand with this project.”

Music Row Build began in 2003 and helped eight local families purchase affordable homes before it ended in 2012. Habitat’s Music Row build reignited in 2020 when Mark Brown, senior vice president and GM of Round Hill Music, decided he wanted to do more to help hardworking Nashvillians have equal opportunities to live in the city in which they work. Brown loved the hands-on approach the Habitat program offered for building better futures and working with and getting to know future homeowners.

“Our fundraising goal this year is $60,000. We are incredibly grateful for TJ and John’s help getting the word out about Music Row Build and the need for more affordable homeownership opportunities in Nashville,” says Brown.

WME, a two-year Habitat home sponsor, is joining this year’s Music Row Build. Habitat Board Member and WME Partner and Co-Head Jay Williams says, “A Habitat home build is one of my favorite Nashville things to do. It is so gratifying to get out on the build site and hammer nails and saw 2x4s with the future homeowners. It is a great team building experience as well. The staff looks forward to it every year.”

Brothers Osborne have been nominated for seven Grammys and Rolling Stone says of their latest studio album, Skeletons: “At seemingly every turn, the interplay between TJ Osborne’s baritone and John Osborne’s guitar offered evidence that they sound like no one else in country — or rock.

For more information about volunteer or fundraising opportunities, email Mark at: mbrown@roundhillmusic.com. 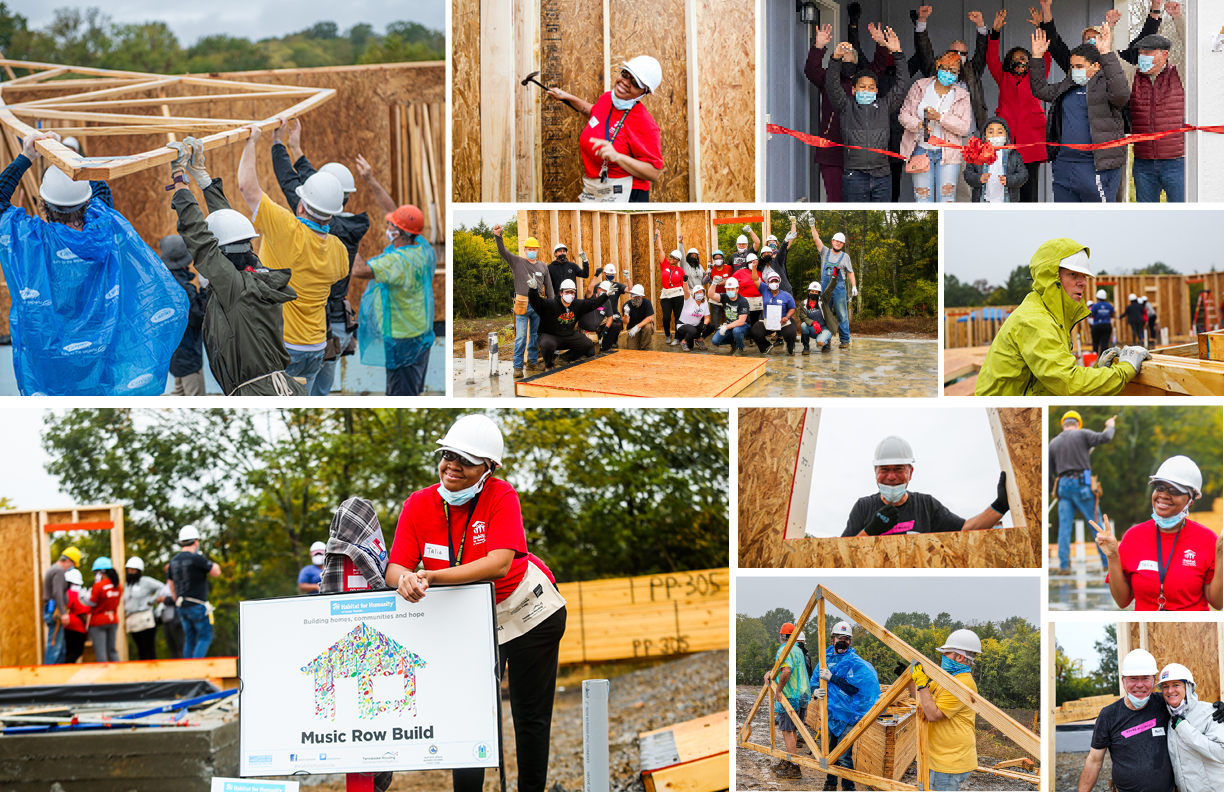