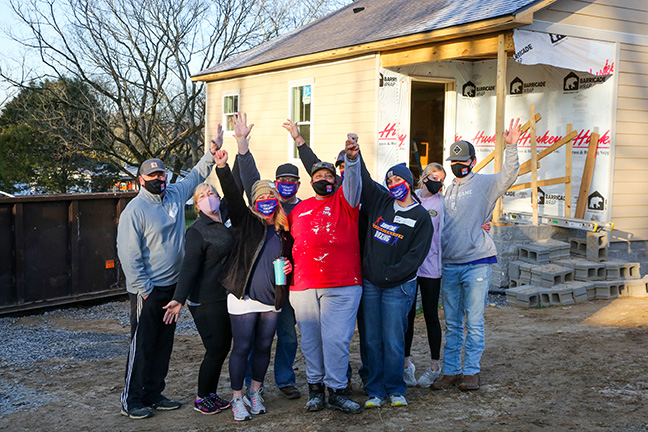 Linda rents a two-bedroom apartment and she says every time she renews her lease the rent goes up. Her rent is so costly that she has had to work two jobs to keep a roof over her head. In early 2020, she retired from Tennessee State University where she worked as a security guard for the last 13 years.  Affording her rent and expenses on a fixed income proved to be impossible, so she maintained her part-time security job, but she is ready to “take it easy” in this season of life.  In addition to the burdensome rent, she says the breezeways are full of strangers and the apartment complex is very noisy. She feels uncomfortable in her environment with her grandchildren present.

Linda has three grown sons, 13 grandchildren and four great grandchildren. A native of Middle Tennessee, she loves living in Cheatham County and wants to stay close to her family who also live in Cheatham County. A friend recommended that she apply for the Habitat for Humanity homeownership program and she qualified the second time. Her housing cost will decrease from 41 percent of her income to 23 percent in her new Habitat home.

Linda is taking homeownership classes to learn how to budget for a mortgage and how to be a good homeowner. Her children are very excited to help her build her new home with sponsors and volunteers. Linda says excitedly, “The best is yet to come.” To her sponsors she expresses gratitude and says she is so excited about “all of it. I have worked two jobs to pay my high rent. I am so excited to be able to take it easy in my new Habitat home.” 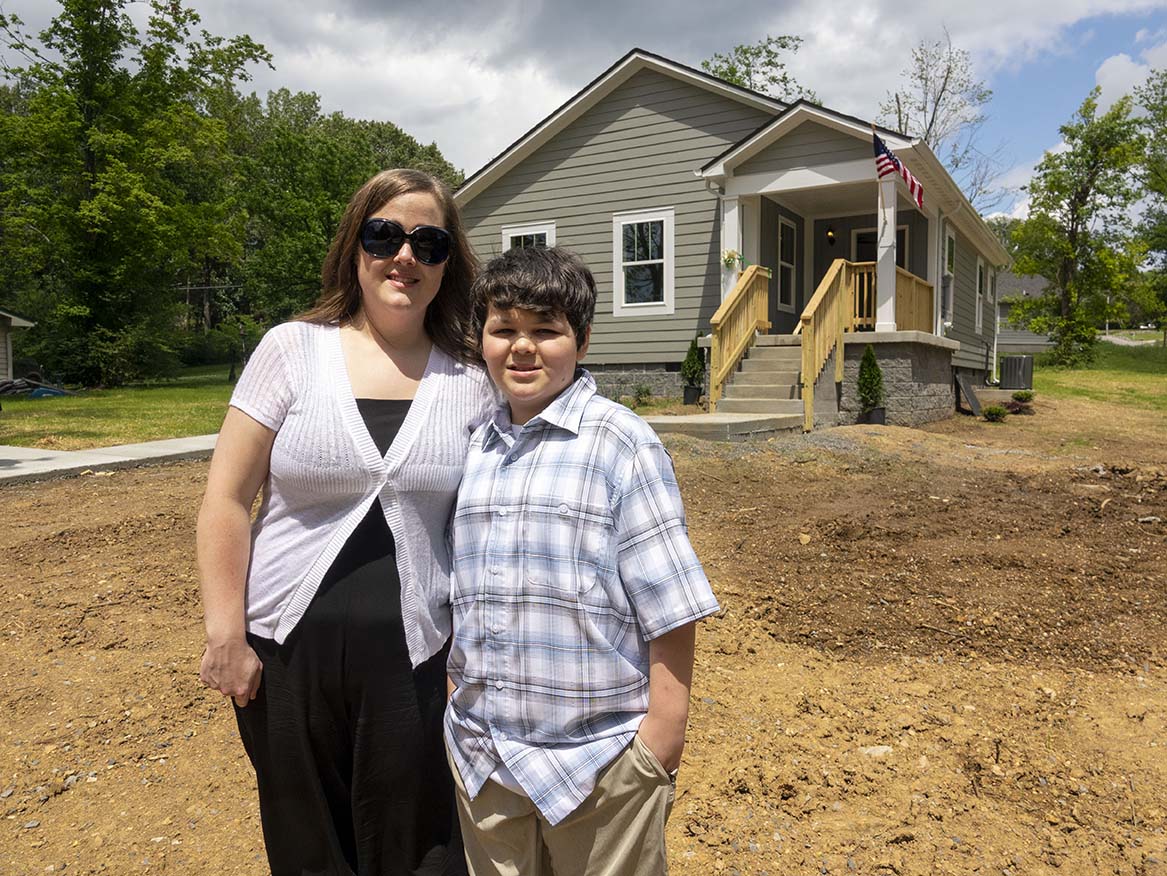 “They are putting up houses everywhere that I can’t afford,” says Stephanie glancing around the Habitat for Humanity Homeowner Academy. “The ones I can afford are gone before I can get to them.” Stephanie has been looking for a house to buy for the past several years for her and her 11-year-old son. “But with the interest rates, it just put the monthly payment out of reach. I don’t want to be ‘house poor." Stephanie worked hard for the opportunity to own her own home and she is now a proud Habitat homeowner!

Habitat’s homeownership program was familiar to Stephanie as she had volunteered on Habitat builds before but she never thought about Habitat as a homeownership opportunity. “An amazing friend had heard about my struggle to find an affordable house here in Cheatham County, so he brought me an application and encouraged me to fill it out as soon as possible,” Stephanie relates.

Homeownership to Stephanie means she and her son can stay in Cheatham County. To her son, it means he will have a place to invite friends to play and sleepover. Stephanie says she hasn’t had a place of her own since 2012. “This is where my son has been raised, my parents live, and this is where I want to stay.” Stephanie has worked for Walmart since 2012 where she worked her way up from a cashier’s position to lead pharmacy tech.  She also attends Bellevue University and is working on her bachelor’s degree in business management. She is searching for stable, long-term housing for her family. “Consistency is important in any child’s life but my son’s father, who was in the Army, suffered severe PTSD. He promised to come see our son and nine years later hasn’t seem him to this day.” To her sponsors she says, “Thank you a million times over for your generosity, dedication, and heart that goes into the work behind building a Habitat home.”

History of Cheatham Habitat for Humanity

When Habitat of Greater Nashville worked to help residents in Cheatham County after the devastating floods of 2010, it became evident that the work was far from finished. A desire to have a permanent advocate for quality, affordable housing turned into the Cheatham Habitat. This commitment, along with many other volunteers and donors, saw the completion of Cheatham County's first Habitat house in 2011 and as of 2019 nine Habitat homes have been built for hardworking families in Cheatham County.