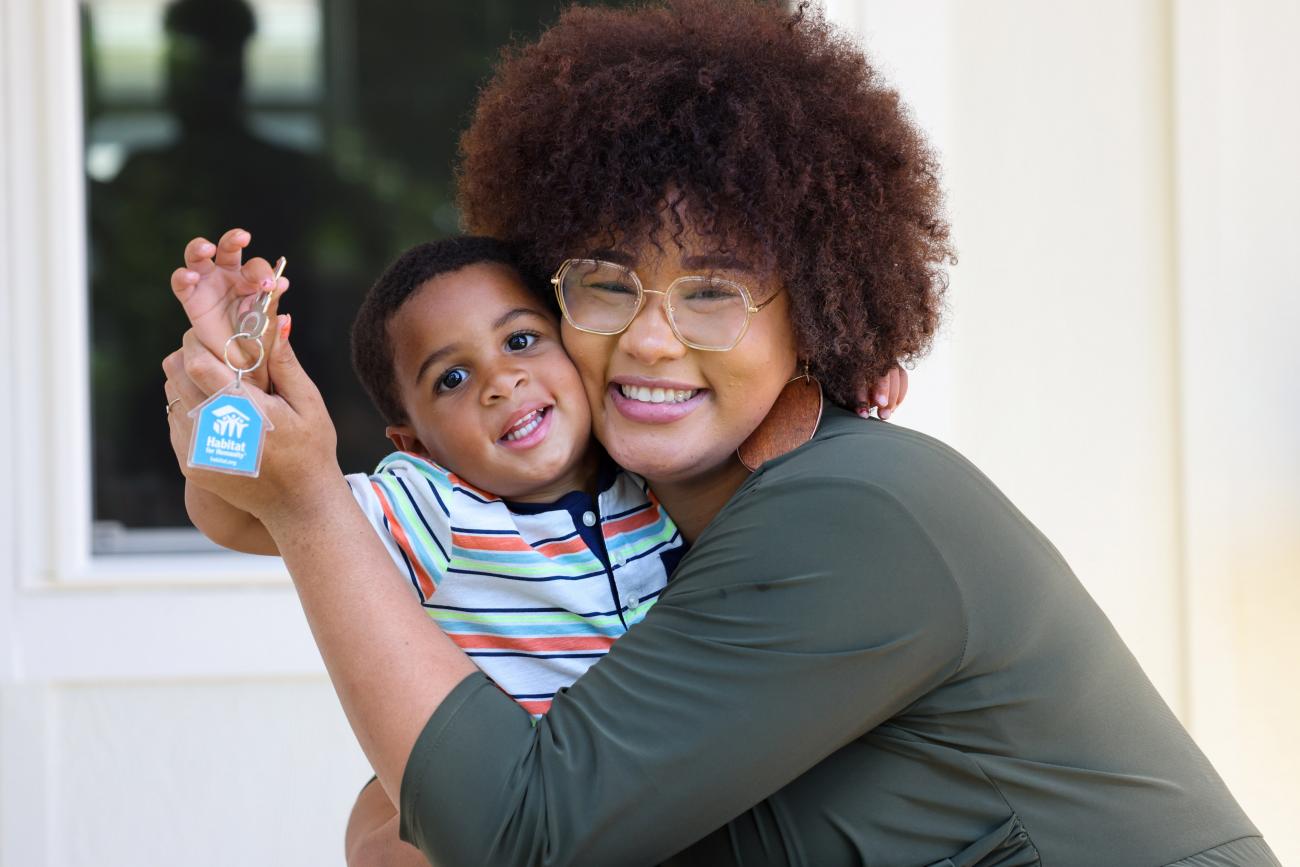 'I Appreciate This Opportunity'

With the median house prices in Dickson at $324,000, a grateful Habitat for Humanity future homeowner, Maya, cut the ribbon to her new home with her sponsors and volunteers this spring.

Maya says her family is rooted in Dickson and a home is something she can't afford for her 2-year-old son. Maya works at a local bank and is also attending cosmetology school while she partners with Habitat for Humanity. She has attended homeownership classes and worked on the build site with her sponsors to create more stability.

“I appreciate this opportunity, if I had attempted homeownership through the traditional way, I do not believe I would have been approved for the blessings I have through Habitat,” she says.

Habitat homes are ENERGY STAR certified, meaning the homeowner will pay an average of $25,000 in electric bills over the life of the mortgage. Dickson Habitat operates a ReStore, retail outlet, at 606 East Main St., to help support our affordable homeownership mission.

History of Dickson Habitat for Humanity