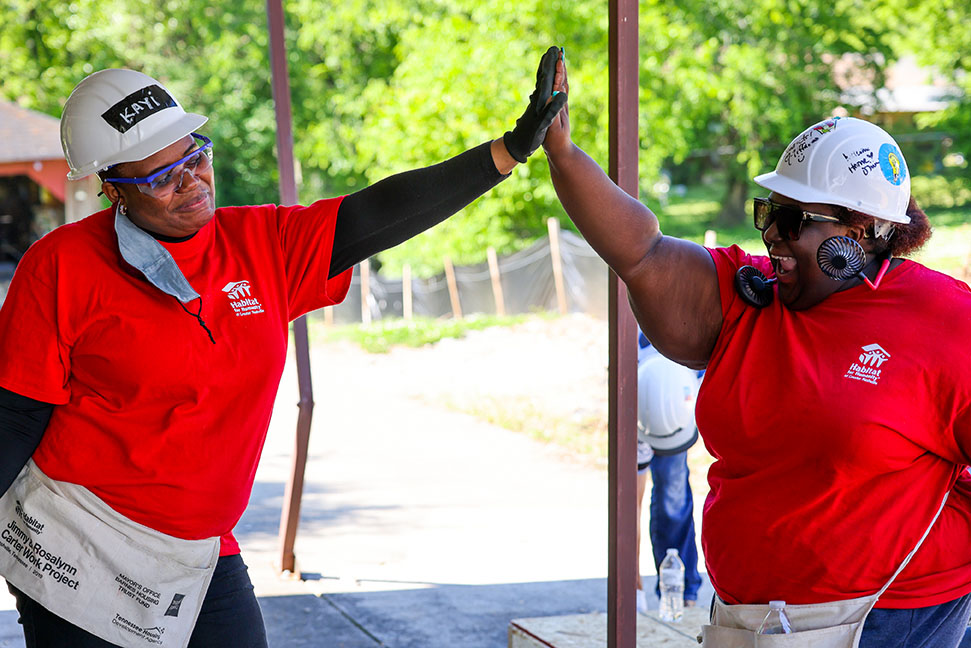 The work of Wilson Habitat began in 1992 with their first home built in 1994, which is still occupied by the original homeowner who paid off her mortgage with the help from an anonymous donor in 2014. Wilson Habitat has now built 91 homes and renovated three, serving 93 families. In May 2012, Wilson Habitat conducted its first Blitz Build, completing a house in five consecutive days with the support of 30 businesses from local construction industries.

“Lives are truly being changed in Wilson County. Ninety one households have experienced the life-changing opportunity of homeownership through the Wilson Habitat ministry. This would not be possible without the outpouring of support we receive from our local community. Together, we are putting God’s love into action to build homes, communities and hope,” says Bennett.